Two shutout victories but three losses on Tuesday for the affiliates, including a 13-inning setback.

Steve Pearce singled, scored a run and struck out twice while playing left field. Ian Parmley doubled and drove in three runs to keep his average above .300 at .304. Mike Ohlmanhad two hits but struck out three times. The Bisons collectively went down on strikes 17 times. Tim Lopes also had two knocks.

Brett Oberholtzer was dummied for seven runs over 4-1/3 frames but it was Murphy Smith taking the loss with two solo dingers allowed over 1-2/3 innings. Mike Bolsinger and John Stilson pitched one and two scoreless innings respectively.

Glenn Sparkman earned his first victory in the Blue Jays system with five shutout innings of two-hit ball. He walked one with a strikeout and groundout total of five apiece. Justin Shafer, Tim Mayza and Andrew Case maintained the goose egg with shutout relief. Mayza struck out the side in the eighth. Case dropped his ERA to 1.88 with a shutout ninth. 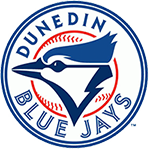 Michael De La Cruz snapped a 0-for-10 drought with three hits, including a two-bagger. Bradley Jones and Connor Panas had two hits apiece with Panas collecting a double and a base on balls.

Angel Perdomo delivered six shutout frames of five-hit ball, walking and whiffing two to compile a Game Score of 64. Jose Nova made his season debut with two K's over two scoreless innings. Zach Jackson worked a one-hit ninth to chop his ERA down to 1.93.

Osman Gutierrez gave up four hits, walked four and plunked one but only yielded one run over five innings. Yonardo Herdenez contributed two goose eggs on the linescore in his season debut. Nick Hartman had two shutout innings as well. Andrew Deramo took the loss.

Mitch Nay and Rodrigo Orozco had the only extra-base knocks with Nay whiffing three times. Vladimir Guerrero Jr. singled, walked twice and stole a base. Bo Bichette was 1-for-6.

Hugo Cardona and Kenny Mauricio had the lone extra-base hits in this one. Nathaniel Perez took the loss as he was pounded for four runs on six hits over 2-2/3 innings with a 2-0 K/BB total. 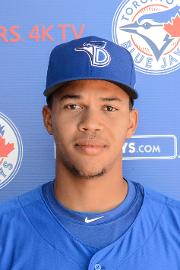 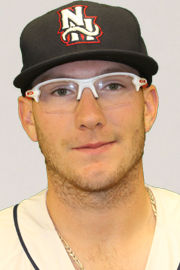 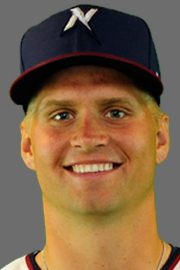 Here is a story on C's catcher and Mississauga, Ontario native Owen Spiwak.