The Lansing Lugnuts had the only win on the farm Monday night. Dunedin had the night off.

Ezequiel Carrera had a hit, two walks and a stolen base. Jason Leblebijian had two knocks, a walk and a pilfered bag.Matt Dermody took the loss by giving up one run on three hits in 2-1/3 innings despite striking out three and stranding a runner for Luis Santos.

Game 2 of the doubleheader saw Rowdy Tellez go 4-for-4 with a double and Shane Opitz had two doubles in three at-bats. Cesar Valdez pitched a seven-inning complete game, giving up four runs on 10 hits and a walk, including a homer. He struck out four.

Tim Lopes had a base hit and two bases on balls and Jonathan Davis had the other hit with a triple. Danny Jansen walked twice and was hit by a pitch. Andrew Guillotte stole his sixth base of the season.

Francisco Rios took the loss by allowing three runs over four innings but only one run was earned. He struck out seven and walked two. Jose Fernandez had two scoreless frames but Tim Mayza gave up a pair in his two innings.

Christian Williams had a double, a triple and a hit by pitch while Bo Bichette had a pair of hits. Vladimir Guerrero Jr. was 1-for-4. Mitch Nay and Javier Hernandez—promoted from Vancouver—also had a base hit in their four ABs. Hernandez's hit was a walk-off.

Mike Ellenbest spun six shutout innings of three-hit ball, walking two and striking out six. Juliandry Higuera—also called up from Vancouver—vultured the win by giving up a three-run homer in his three innings.

Reggie Pruitt had an RBI single in three at-bats. Brock Lundquist had a hit and walk. Norberto Obeso and Cullen Large both doubled.

Jose Espada gave up a homer and two runs in 4-1/3 innings, striking out six and walking three. Brayden Bouchey, Justin Dillon, Miguel Burgos and William Ouellette could not keep the opposition off the board either. More gory details right here.

Colton Laws had a shutout first inning in his debut but that's where the good times ended. Alvardo Galindo was gashed for nine runs in 1-1/3 innings. Yonardo Herdenez allowed three more over three innings in a game that was suspended due to a power outage.

Luis De Los Santos had the only extra-base hit. Otto Lopez, D.J. Neal and Jonelvy Molina also contributed a '1' in the hit column.

Elieser Medrano threw a no-hitter over two innings but walked four and gave up a run. Anderson Nunez got the loss by allowing three runs over three frames. Maverik Buffo also gave up a run in 1-1/3 innings.

Yunior HInojosa took the loss by coughing up two runs in the ninth to spoil Luis Alvarez's 4-1/3 shutout frames of two-hit relief. 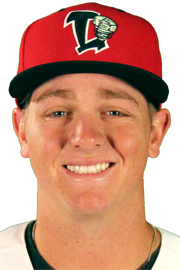 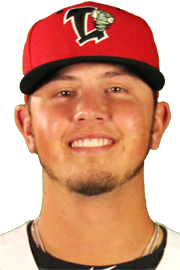 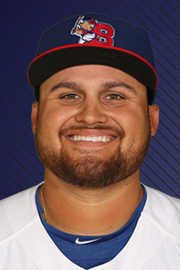