The #LetsGoBlueJays visit the Oakland Athletics in the Kendrys Morales cage match this weekend. 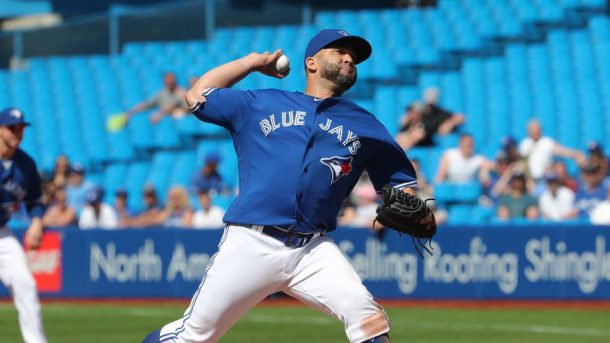 Oakland began its homestand by splitting a two-game set against Houston to remain one game above sea level at 11-10.

Looking at former Blue Jays on the Athletics roster, Marco Estrada is out with a back issue. He has been lit up like a Christmas tree. Kendrys Morales and Liam Hendriks are still on the Athletics roster. Morales is hitting .200 over 45 at-bats with a homer and three RBI while Hendriks has a 1.69 ERA over his first nine appearances. Oakland also signed slugger Khris Davis to a two-year extension.

The Blue Jays finally won a series as they took three of four in Minnesota. They are 8-12, tied for third in the AL East with Baltimore. Both are ahead of Boston in the race for the division cellar. Nothing else happening right now in Blue Jays land except for Vladdy watch. My excitement for Eric Sogard's call-up was well-founded. He's 6-for-12 with three RBI and an OPS of 1.205.