The affiliates put four of six in the loss column Monday. Buffalo and New Hampshire are on their All-Star breaks.

Conor Fisk deserved much better in this one. He surrendered just two hits and a walk over seven shutout innings while racking up nine strikeouts and a Game Score of 85. Adonys Cardona suffered the loss by allowing three runs in two-thirds of an inning. Daniel Lietz got the last out of the eighth but allowed a Cardona runner to score.

Max Pentecost tripled and scored on a Cavan Biggio base hit. Bo Bichette was 0-for-4 with a walk. Lourdes Gourriel Jr., Juan Kelly and Connor Panas had the other Dunedin hits.

Yeltsin Gudino was on base four times after going 3-for-3 with a walk. He is hitting .324 over his last 10 games to push his average to .270. Nash Knight, Mitch Nay and Ridge Smith had the other Lugnut hits.

Andy Ravel was rocked for six runs in six innings for the loss as he gave up two home runs. Andrew Deramo was dinged for four runs and Denis Diaz for three runs in their respective innings.

Dalton Rodriguez was run over for eight runs in four innings. Grayson Huffman struck out two in a shutout fifth. Justin Dillon had a scoreless sixth but Brayden Bouchey was blasted for four runs in the seventh and William Ouelette allowed another in the ninth. More details of this disaster can be found at CsPlusBaseball.com if you're a glutton for punishment.

Josh Winckowski was walloped for seven runs (six earned) over 2-1/3 innings. Kelyn Jose stranded one of two inherited runners and gave up one of his own in 2-2/3 innings but he struck out four to get the win. Jose Nova had two scoreless frames while Joe DiBenedetto and Ty Tice contributed one apiece. 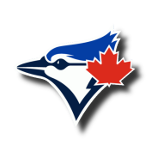 Joseph Reyes had a triple as part of a three-hit day, Aldo Ovando also tripled and knocked home three runs and D.J. Neal also had a three-bagger to lead the G-Jays to victory. Logan Warmoth capped things off with a three-run home run as part of a 2-for-5 day at the dish. Dominic Abbadessa had a double and a single but Hagen Danner went 0-for-5 to drop his average to .174.

Hector Guerrero and Hugo Cardona were the only Jays to reach base twice with a base hit and a base on balls. Guerrero knocked home a run while Cardona stole two bases to run his season total to eight. Steward Berroa walked and swiped his 10th base of the year.

Rafael Monsion gave up two runs over 2-2/3 innings. Alexander Molina chipped in with 2-1/3 scoreless frames of one-hit ball and stranded the bases loaded for Monsion. The loss went to Nicolas Medina who had a funky cold sixth by coughing up two runs.Geremy Jimenez gave up a run in his inning of work but Juan Jimenez did not. 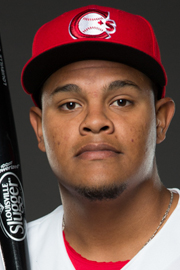 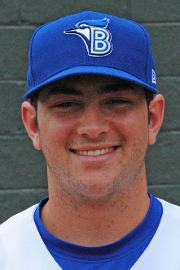 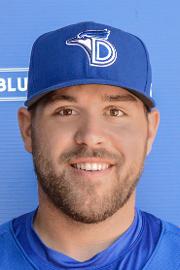