We know who to thank for all the blessings we have enjoyed.

We know we are not worthy. We know also that we continue to need his aid, more now than ever before.
This is why we offer the finest cigars... 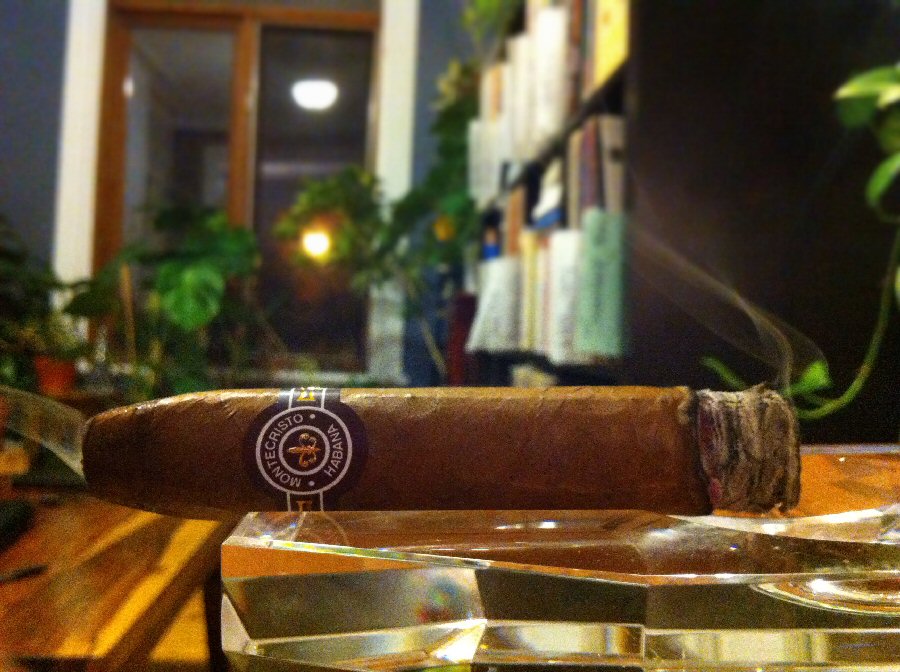 This is why we offer the most delicious rum. 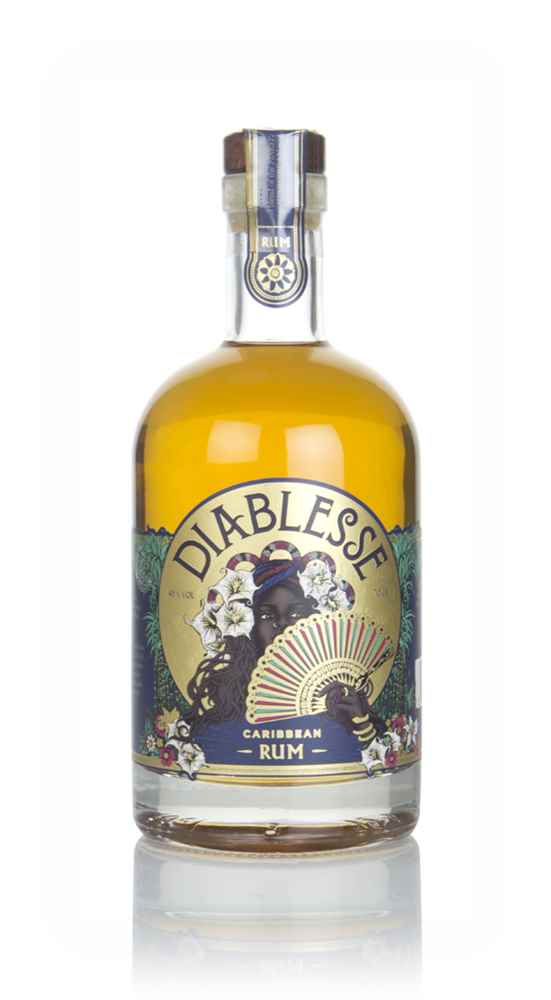 This is why we reserve all praise for Jobu. 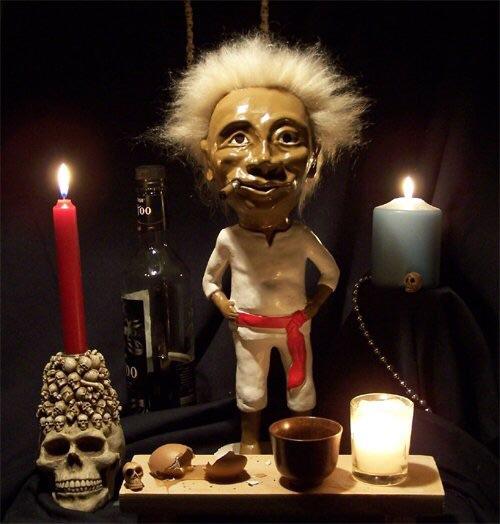 It is he who makes the curveballs hang over the plate
It is he who drives the changeups into the dirt.
We just hit the fastballs.
The Jays have gone 5-8 against the Devil Fishies so far in 2021. That's pretty good, when it comes to the Jays playing the Rays - over the last three years, Toronto has gone 16-32 against Tampa Bay (along with 0-2 in the post-season.) Since 2008, when Tampa Bay stopped losing 90 games every year, the Jays have posted a winning record against the Rays just twice: in 2014 (11-8) and 2017 (10-9). Particularly painful were the 4-14 marks for the 2009 and 20-12 Jays. In these fourteen seasons, Toronto has gone 91-142 against Tampa Bay. Which is a pretty awful .390 winning percentage (63-99 over 162 games).
The story so far:
Things actually started out pretty well. The Jays went into the Trop, long a house of horrors, and took two of three.
April 23: Toronto 5 at Tampa Bay 3 - A three run homer by Semien in the fourth inning helped stake Matz to an early 4-0 lead. The Rays closed to within a run, but a Grichuk homer provided some breathing room. Four relievers - Chatwood, Phelps, Mayza, and Dolis - held the Rays hitless over the final four innings.
April 24: Toronto 3 at Tampa Bay 5 - This time it was a three run homer from Grichuk in the first inning that staked Robbie Ray to an early lead. But the Rays tied it up on homers from Zunino and Brosseau and won it when Romano issued a pair of walks that eventually came around to score, thanks in large part to a Biggio error.
April 25: Toronto 1 at Tampa Bay 0 - Hyun-Jin Ryu came out in the fourth inning with a pain in his glute, but five relievers - Mayza, Chatwood, Borucki, Phelps, Dolis - blanked the Rays on just two hits the rest of the way. Fifth inning singles from Semien, Gurriel, and Espinal pushed across the game's only run.

It was too good to last. The Rays came up the road to Dunedin in late May, and had their revenge, sweeping all four games.

May 21: Tampa Bay 9 at Toronto 7 - The Jays beat up on Tyler Glasnow, knocking him out in the fifth inning and taking a 5-3 lead. But Anthony Kay was wild and only lasted four himself, and the Rays tied the game against Bergen and Cole. Then the teams started trading zeroes. Four Jays relievers - Romano, Mayza, Chatwood, Payamps - provided five shutout innings. Toronto's eighth pitcher of the day was Jeremy Beasley, and he got tagged for an eleventh inning grand slam by Mejia.
May 22: Tampa Bay 3 at Toronto 1 - Robbie Ray and Shane McClanahan were the starters, and after seven innings it was a 1-1 game, and in the hands of the bullpens. The Rays got one against Castro in the eighth and another against Thornton in the ninth.
May 23: Tampa Bay 4 at Toronto 6 - Ryu pitched into the seventh, and left with the score tied 2-2. The Jays took the lead on Grichuk's two run homer in the bottom of the eighth, only for the pen to immediately cough it up in grotesque fashion. Chatwood came in to close the game, but after two hits and two walks, the score was 4-3 and the bases were loaded. Bergen came in to get the final out but instead walked three batters in succession, each one plating another run.
May 24: Tampa Bay 14 at Toronto 8 - One bullpen implosion evidently calls for another. The Rays roughed up Thornton for five first inning runs, all unearned thanks to a Biggio error, which Thornton followed by walking the next two hitters and giving up a Wendle grand slam. Ross Stripling took over and turned his season around, providing seven scoreless innings while the Jays fought their way back, tying the game in the eighth on Guerrero's second homer of the day. The Rays scored twice against Castro in the tenth; the Jays tied it up again, on Semien's two run homer in the bottom half. So in the eleventh, the Rays took no chances, abusing Payamps and Mayza for seven runs.

Tampa Bay next came to Buffalo at the beginning of July, and the Jays took two of those three games.

July 2: Tampa Bay 1 at Toronto 11 - Manoah fanned 10 in seven innings to collect his second big league W. A two run homer from Springer in the first inning was all the offense that would be required, but the team piled on lots more just to be safe, with Semien and Guerrero also going deep.
July 3: Tampa Bay 3 at Toronto 6 - McClanahan and Stripling were locked up in a 1-1 game until the Jays suddenly put up a five spot in the sixth inning, the big blows being a two run single from Biggio aand a two run homer from Espinal.
July 4: Tampa Bay 5 at Toronto 1 - This started out as a pitcher's duel between Yarbrough and Ray. Grichuk's solo homer gave the Jays an early lead but the Rays tied it in the sixth on a homer by Franco. This was followed by doubles from Diaz and Meadows, and the Rays took a 2-1 lead into the ninth. They then took advantage of a generous Rafael Dolis (single, double, wild pitch, hit batter, double) for three more runs.

So the next week they were down in Tampa Bay, and the Rays took two of three.

July 9: Toronto 1 at Tampa Bay 7 - Springer's RBI single gave the Jays the early lead, but the Rays responded with two in their half of the inning, and the Jays were pretty much done hitting for the day. The Rays mauled Castro and Barnes for four more runs just to make sure it never did get very interesting.
July 10: Toronto 2 at Tampa Bay 5 - The ball was flying out the yard early on. Lowe in the first inning gave the Rays a quick 1-0 lead, but Semien hit a two run shot in the third to put the Jays on top. Stripling instantly gave up a solo shot to Zunino and and a two run blast by Lowe (again) to put the Rays up 4-2 and the Jays managed not one hit after the fourth inning.
July 11: Toronto 3 at Tampa Bay 1 - Robbie Ray was dominant, fanning 11 and allowing just one hit over seven innings. Jansen's solo homer in the third gave the Jays the lead; an RBI single from Espinal and a Biggio sac fly added two more in the fourth. Romano got the save and blew the shutout on yet another Lowe homer.