The MLB Draft concludes today with rounds 11-20. You can follow the MLB Draft by clicking here. 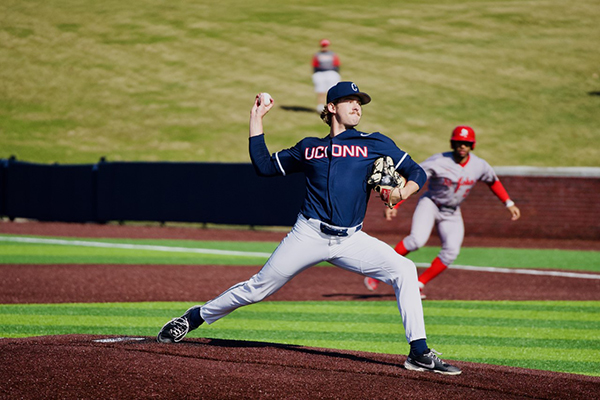 Matt Feld @mattyfeld612 The Toronto Blue Jays have selected RHP Pat Gallagher in the 11th round of the MLB Draft. Gallagher starred at Leominster before becoming one of the top right-handers in the country this year for UCONN. Gallagher helped lead UCONN to the Super Regionals. 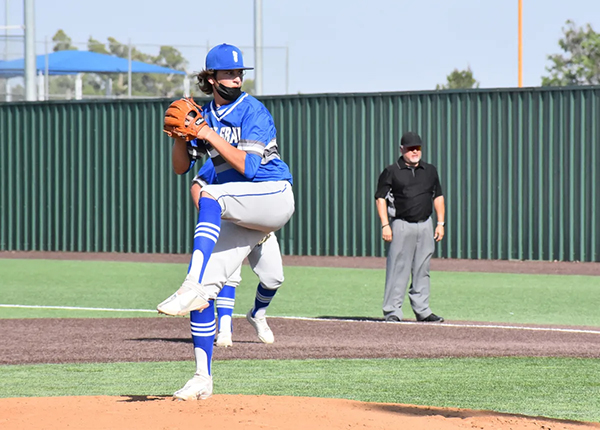 Scott BlueJaysAlways @BluejaysAlways With the 368th pick of the #MLBDraft, our #BlueJays have selected high school RHP Nolan Perry. He struck out 115 over 66 IP with a 0.42 ERA. As a batter, Perry hit .436 with a 1.268 OPS. #NextLevel 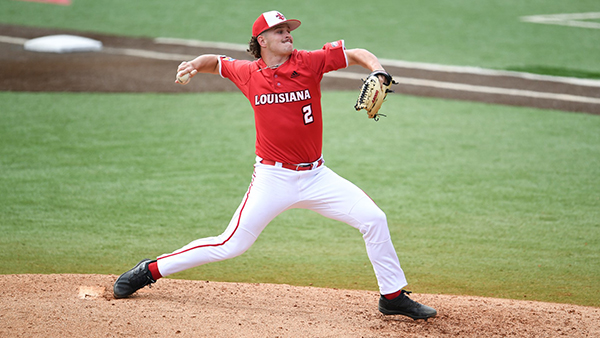 Baseball America - After a successful season at Chipola (Fla.) JC, Bonds transferred to Louisiana-Lafayette, where he had piled up plenty of strikeouts (83 in 55 innings) thanks to an extremely lively 91-93 mph fastball. He manages to get above hitters bats, although he's not always particularly pitch efficient. His fastball/curve combination will likely work best in pro ball in a relief role.

Scott BlueJaysAlways @BluejaysAlways With the 398th pick of the #MLBDraft, our #BlueJays have selected college RHP Bo Bonds from Louisiana. Over 55 innings pitched this season, he had a 3.11 ERA with 83 strikeouts and projects to be a bullpen arm. #NextLevel 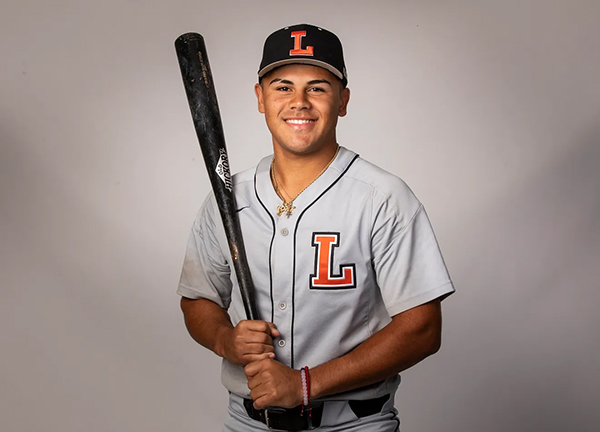 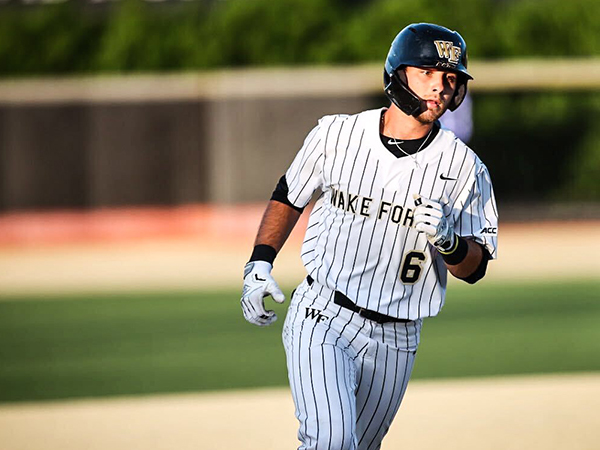 Twitter Reaction - Scott BlueJaysAlways @BluejaysAlways With the 428th pick of the #MLBDraft, our #BlueJays have selected college SS Michael Turconi out of Wake Forest. Over 61 games this season the lefty hit .314 with 31 extra base hits and an OPS of 1.006. #NextLevel

Tieran @Tieran711 Michael Turconi is a patient hitter with above average contact rates. He has very little power but he has some of the best launch and spray and control in the entire draft while avoiding mishits. Utility type who could become really interesting if he adds stength. 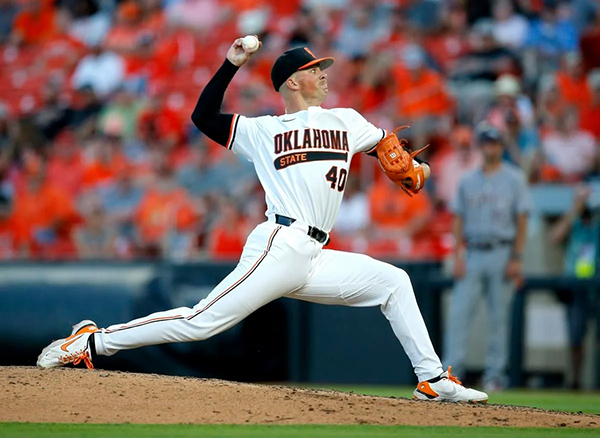 Twitter Reaction - Scott BlueJaysAlways @BluejaysAlways With the 488th pick of the #MLBDraft, our #BlueJays have selected college RHP Kale Davis from Oklahoma State. Pitching as a reliever, he struck out 11.9 batters per nine innings this season. #NextLevel 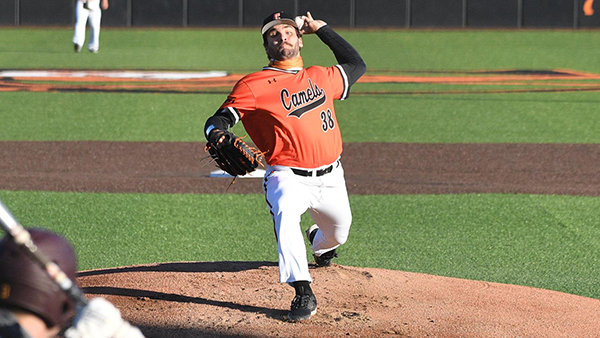 Scott BlueJaysAlways @BluejaysAlways With the 518th pick of the #MLBDraft, our #BlueJays have selected college LHP Ryan Chasse from Campbell University. Mainly as a reliever, he had a 2.81 ERA over 41.2 IP this season. #NextLevel

Jeffmlbdraft @jeffMLBdraft Campbell with a third player Ryan Chasse to the Blue Jays. The lefty had control issues but missed a lot of bats.

Twitter Reaction - Mitch Bannon @MitchBannon. The #BlueJays drafted &#127464;&#127462; Canadian LHP Jeremy Pilon in the 18th round of the 2022 MLB Draft. From Salaberry-De-Valleyfield QC, Pilon throws 88-90 on the fastball with a good breaking ball and changeup.

Carlos Collazo @CarlosACollazo Jeremy Pilon is currently 16 years old and turns 17 in September. I am assuming no one younger will be drafted.

Scott BlueJaysAlways @BluejaysAlways With the 548th pick of the #MLBDraft, our #BlueJays have selected high school LHP Jeremy Pilot from Valleyfield, QC. He is only 16 and is a member of the @baseballcanada national junior team! #NextLevel 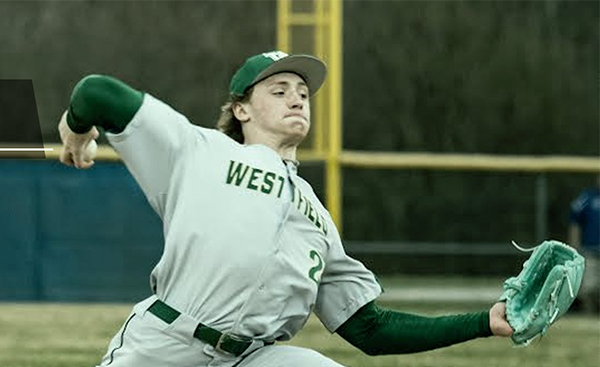 Scott BlueJaysAlways @BluejaysAlways With the 578th (and our final) pick of the #MLBDraft, our #BlueJays have selected high school RHP Gage Stanifer. He throws a fastball up to 95 mph, however, I would be surprised if he signed this late in the draft instead of pitching in college. #NextLevel

Westfield Baseball @GoRocksbaseball Big Congratulations go out to @GageStanifer on being selected by the @BlueJays today! He is the 5th MLB draft pick from @WWSWHS 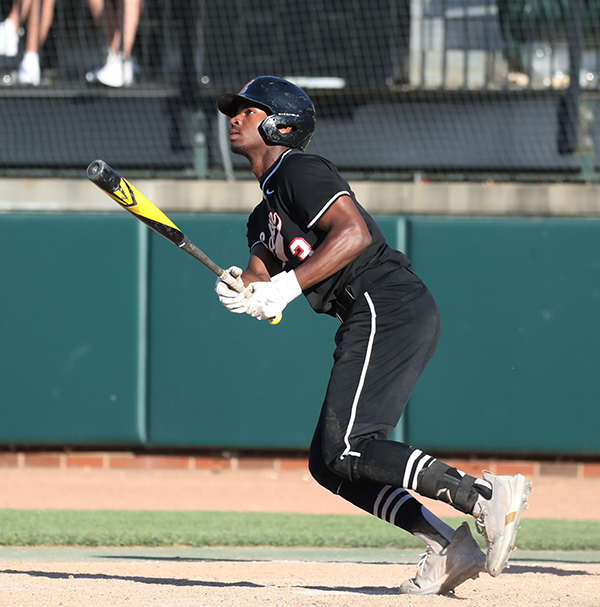 MLB.com - Pace is one of the fastest players in the Draft, but most scouts think his bat isn't ready for pro ball. He ran a 6.21-second 60-yard dash and showed some raw right-handed power in batting practice at the East Coast Pro showcase last summer, but his uphill swing doesn't produce a lot of results in game action. He'd be best off refining his hitting skills and center-field instincts at Michigan rather than signing now.

Baseball America - Pace Jr. has huge tools and a great frame at 6-foot-3, 190 pounds that should add plenty of strength in the future. He’s a premium runner and turned in the best 60-yard dash time at East Coast Pro, clocking a 6.23-second run time—an 80-grade result. He has plus arm strength as well and should be able to provide above-average defense in the outfield at any position, with more than enough speed to stick in center. Offensively, there are more questions. Some scouts have called his swing low maintenance and noted some progression over the summer showcase circuit as he adjusted to the premium velocity and stuff he saw regularly. Most scouts still wonder about how much he will hit at the next level. His performance over the circuit wasn’t great, he showed rigid movements at times and has plenty of swing and miss. Because of those bat questions and a perceived hard commitment to Michigan, Pace might get to campus and try and prove his hitting ability in the Big Ten. Still, his upside, tools and youth (he turns 18 just after the draft) make him an intriguing upside pick.